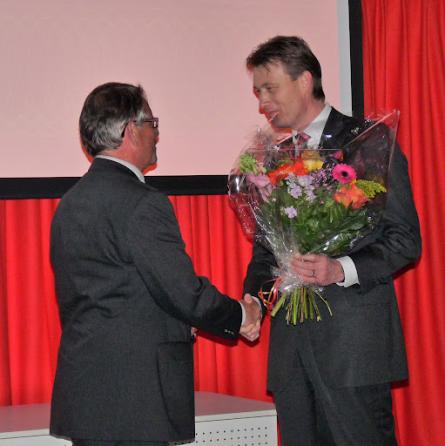 In 2011 an earlier CLARIAH proposal was submitted under the "call for projects" for the Nationale Roadmap Grootschalige onderzoeksinfrastructuren. The proposal was supported by all humanities institutes in the Netherlands and a large group of public and private institutions and companies.
The 2011-project was rated excellent, but came on position 6 and only the best 5 were granted. The recommendations of the evaluation in 2012 are included in the new proposal and are:

However, the project was put on the Roadmap and received € 1 million 'seed money ' (see photo). This allowed the consortium to built demonstrators, reinforce the consortium and write an even better proposal for the next funding round.

Early 2013 it was decided that we needed demonstration projects that showed the current and futher possibilities of CLARIAH. These projects must: